Harnessing the Power of the Arts to Improve Communities

Share
Twitter LinkedIn Facebook Email
Bloomberg Philanthropies believes in the power of arts and culture to inspire creativity and spark collaboration. The Arts program supports artists and cultural organizations and improves audience experience to strengthen the creative landscape and quality of life in cities around the world.

Its efforts include facilitating collaborations between artists and local governments to address civic issues, capacity-building for small and mid-sized cultural institutions, and increasing visitor engagement through the use of digital technology.

Watch: Harnessing the Power of the Arts to Impact Communities

“Bloomberg’s commitment to the arts has helped not only strengthen our economy, but also to promote the key message that London is open to great art, creativity, and to everyone.”
Justine Simons
Deputy Mayor for Culture and the Creative Industries
London, United Kingdom 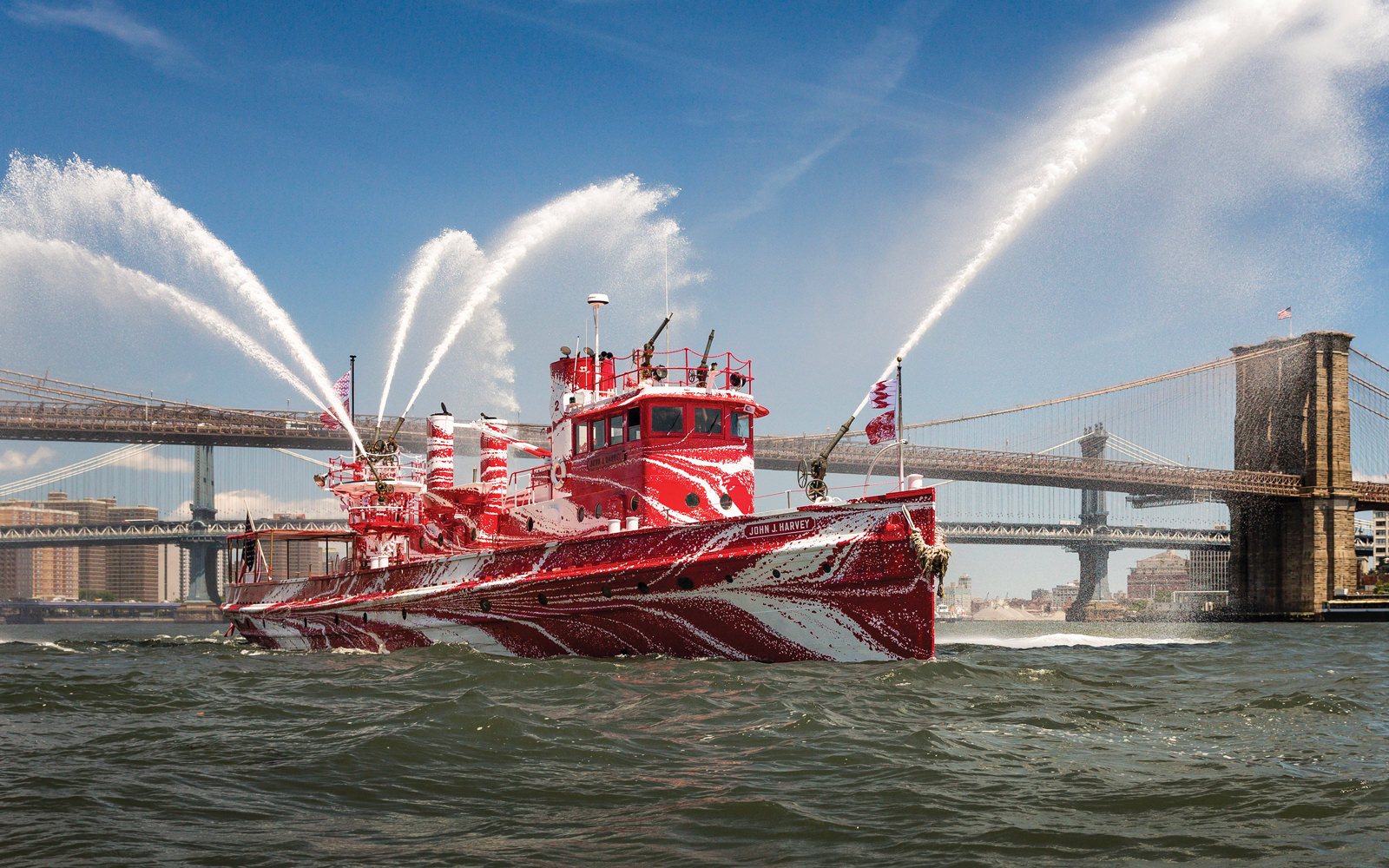 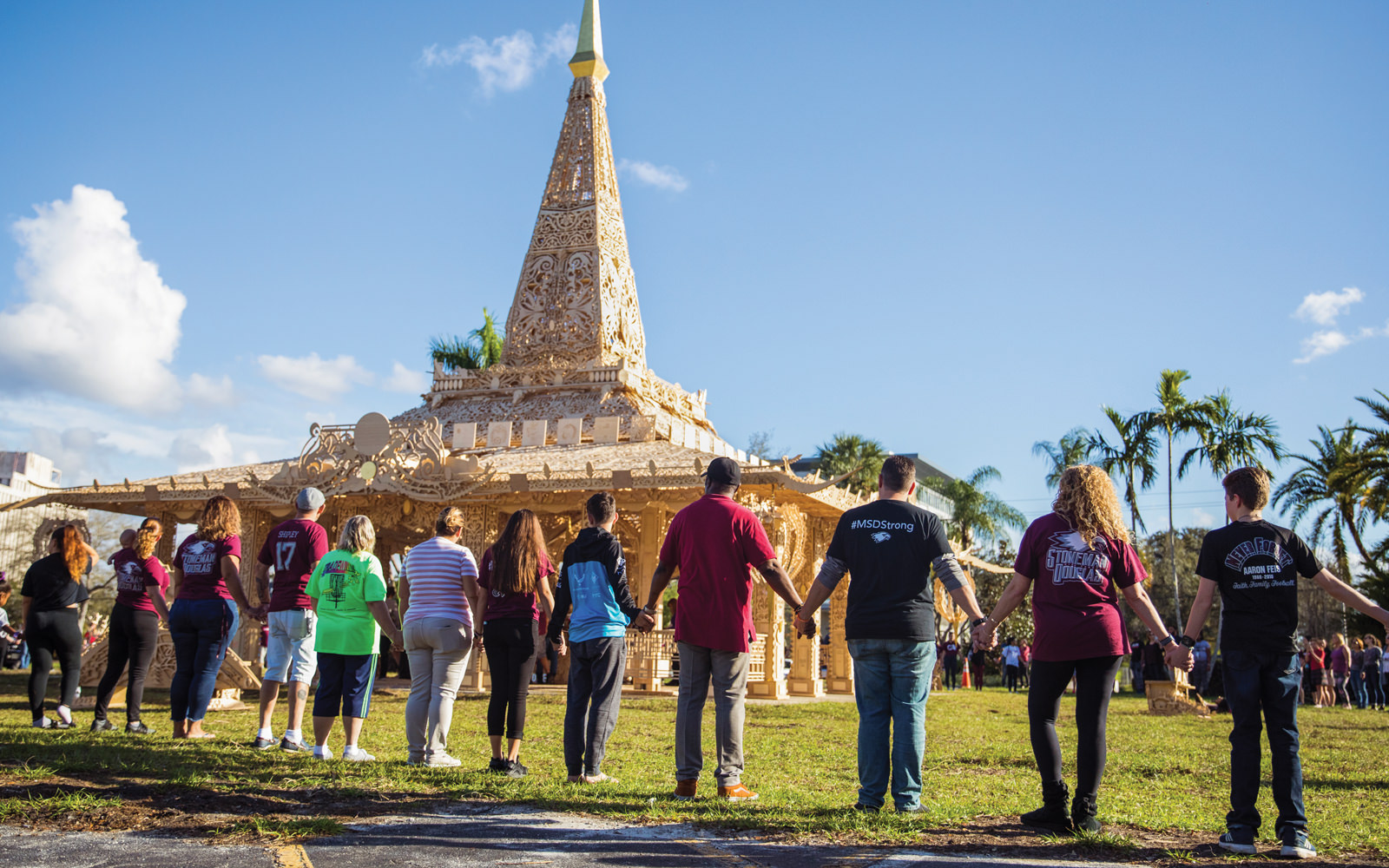 “I have come to better understand the arts as a positive force for bringing communities together. Public art projects like this serve as an important reminder that there is always more to unite than divide us, particularly as we embark on our shared journey of resilience.”
Christine Hunschofsky
Mayor
Parkland, Florida

Artists can be powerful drivers of civic progress, drawing attention to critical issues and encouraging action on them. The first Public Art Challenge was launched in 2014 to bring mayors and artists together to collaborate on temporary public art projects that strengthen communities across America.

The Public Art Challenge invites mayors and artists to work together and submit proposals for innovative projects designed to address local challenges. In addition to offering new perspectives on important topics and engaging the community, the art installations created by the 2016-2017 winning cities drew more than 10 million visitors and generated $13 million in economic activity.

In 2018, Bloomberg Philanthropies launched the second Public Art Challenge, receiving more than 200 applications from cities across the country. The five winners (Anchorage, Alaska; Camden, New Jersey; Coral Springs/Parkland, Florida; Jackson, Mississippi; and Tulsa, Oklahoma) will each receive up to $1 million to fund their ideas. The temporary art installations they create will bring attention to issues such as climate change, neighborhood blight, gun violence and healing, and the 100th anniversary of the destruction of a thriving black community called Black Wall Street, and its resilience and recovery.

Strengthening Small and Mid-Sized Cultural Institutions in the U.S. 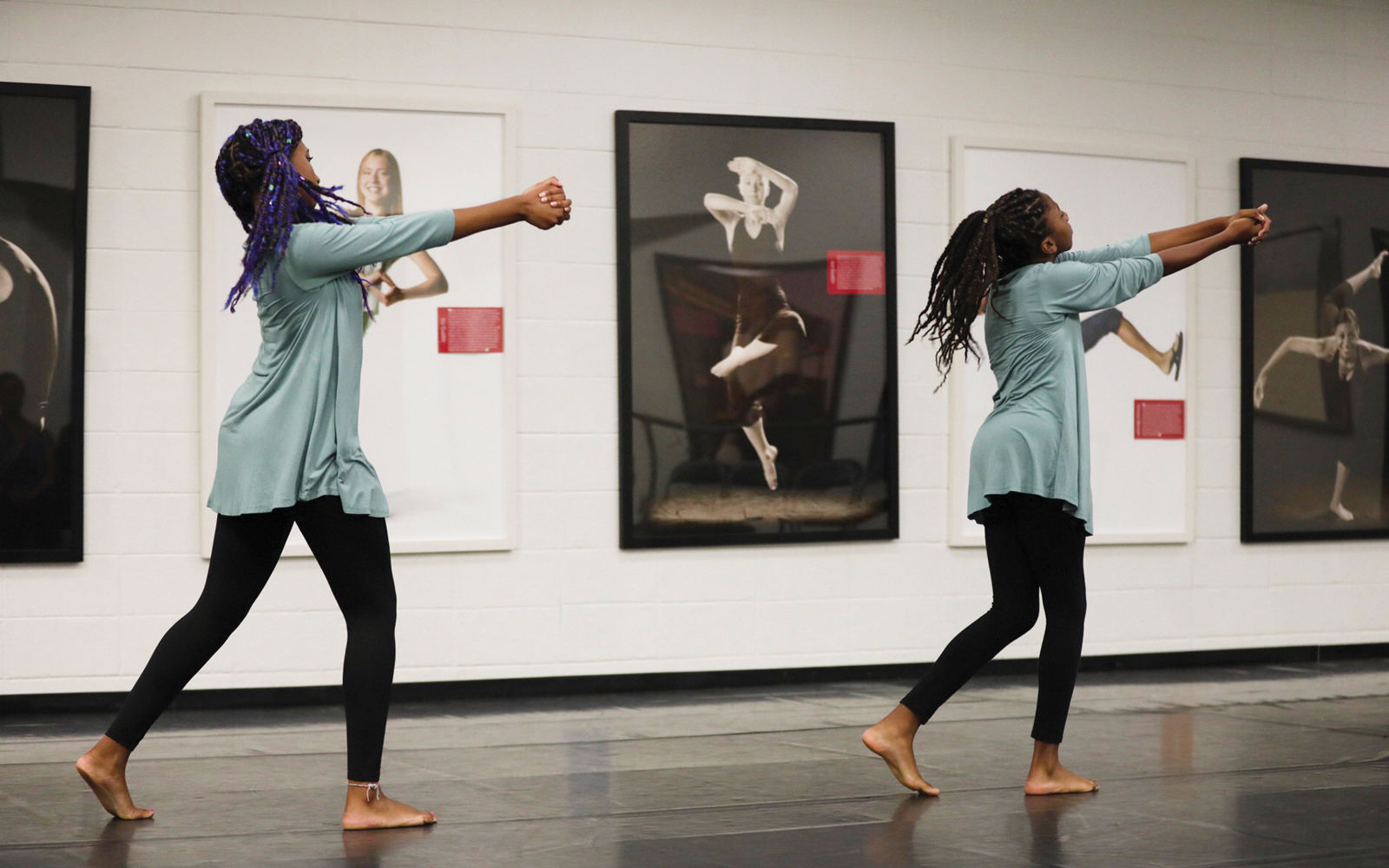 Moving in the Spirit, an AIM participant in Atlanta, Georgia, uses dance to help kids and teens overcome obstacles.

“The AIM program will undoubtedly inspire, develop and strengthen many cultural organizations across New Orleans… and give them the tools to reach new levels of success.”
LaToya Cantrell
Mayor
New Orleans, Louisiana

Small and mid-sized cultural institutions are critical for the arts to thrive. These organizations engage residents, strengthen neighborhoods, promote social cohesion, and contribute to a city’s economy and identity.

Between 2015 and 2017, Bloomberg Philanthropies helped to strengthen 260 of these organizations in six U.S. cities by providing financial support as well as management training. In 2018, the program expanded to 232 organizations in seven new cities: Atlanta, Georgia; Austin, Texas; Baltimore, Maryland; Denver, Colorado; New Orleans, Louisiana; Pittsburgh, Pennsylvania; and Washington, D.C. The organizations selected in these cities receive two years of funding for operations as well as management training to enhance their strategic planning, board development, fundraising, and marketing strategies.

Watch: Strengthening the Arts in Cities – The Arts Innovation and Management Program

Look for unmet needs that can be addressed with proven solutions.

Some challenges are easy to overlook, but taking them on can make a real difference. Learn how leaders of small arts and cultural organizations are strengthening their management skills to ensure that their organizations thrive. 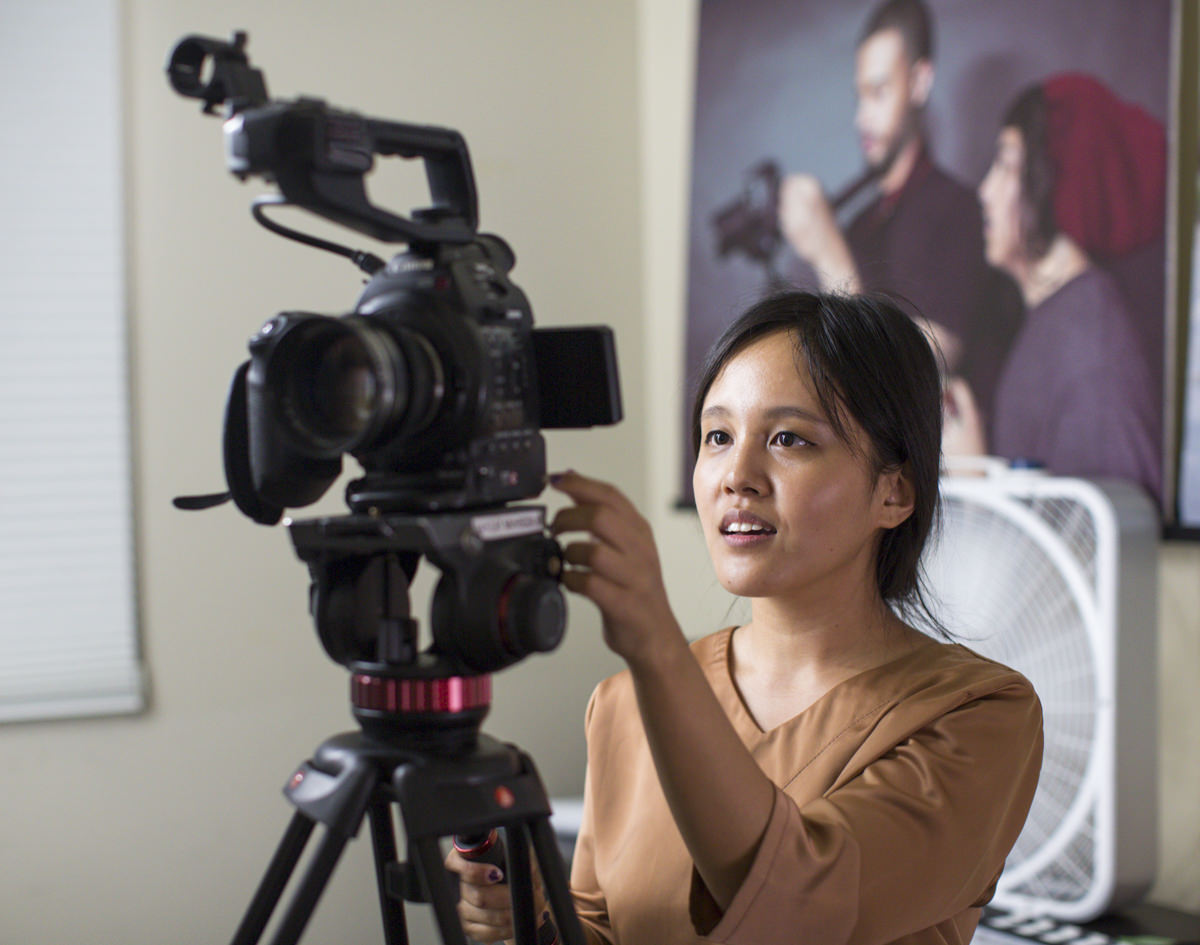 Enhancing the Visitor Experience Through Technology 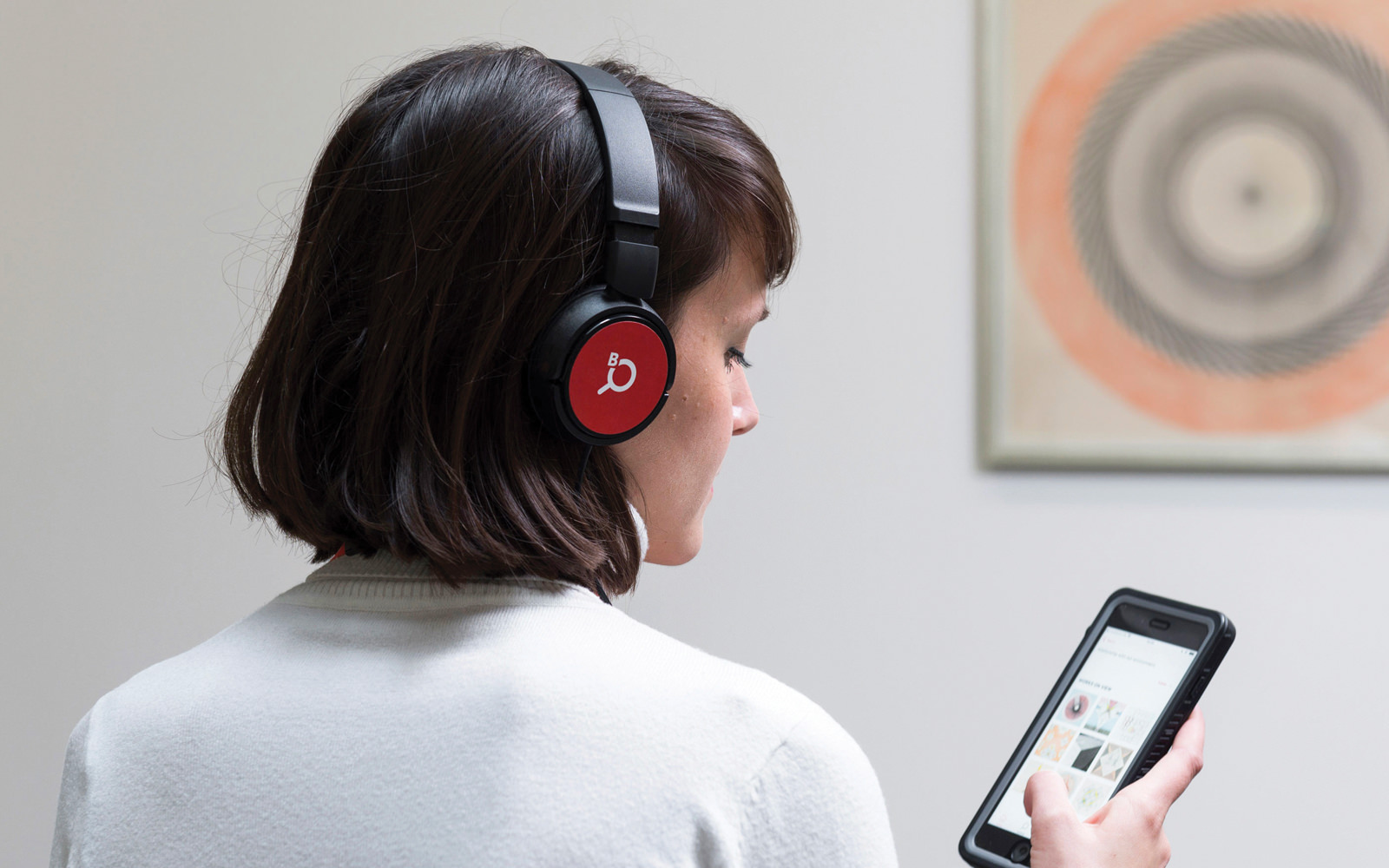 Throughout 2018, Bloomberg Philanthropies, in partnership with engineers at Bloomberg L.P., developed a new, easy-to-use digital platform for cultural institutions to provide deeper engagement with their exhibits. Several visual arts organizations have participated in testing phases, including the Frick Collection, the Guggenheim, and the Serpentine Galleries.

More than 12.6 million users engaged through Bloomberg Connects in 2018 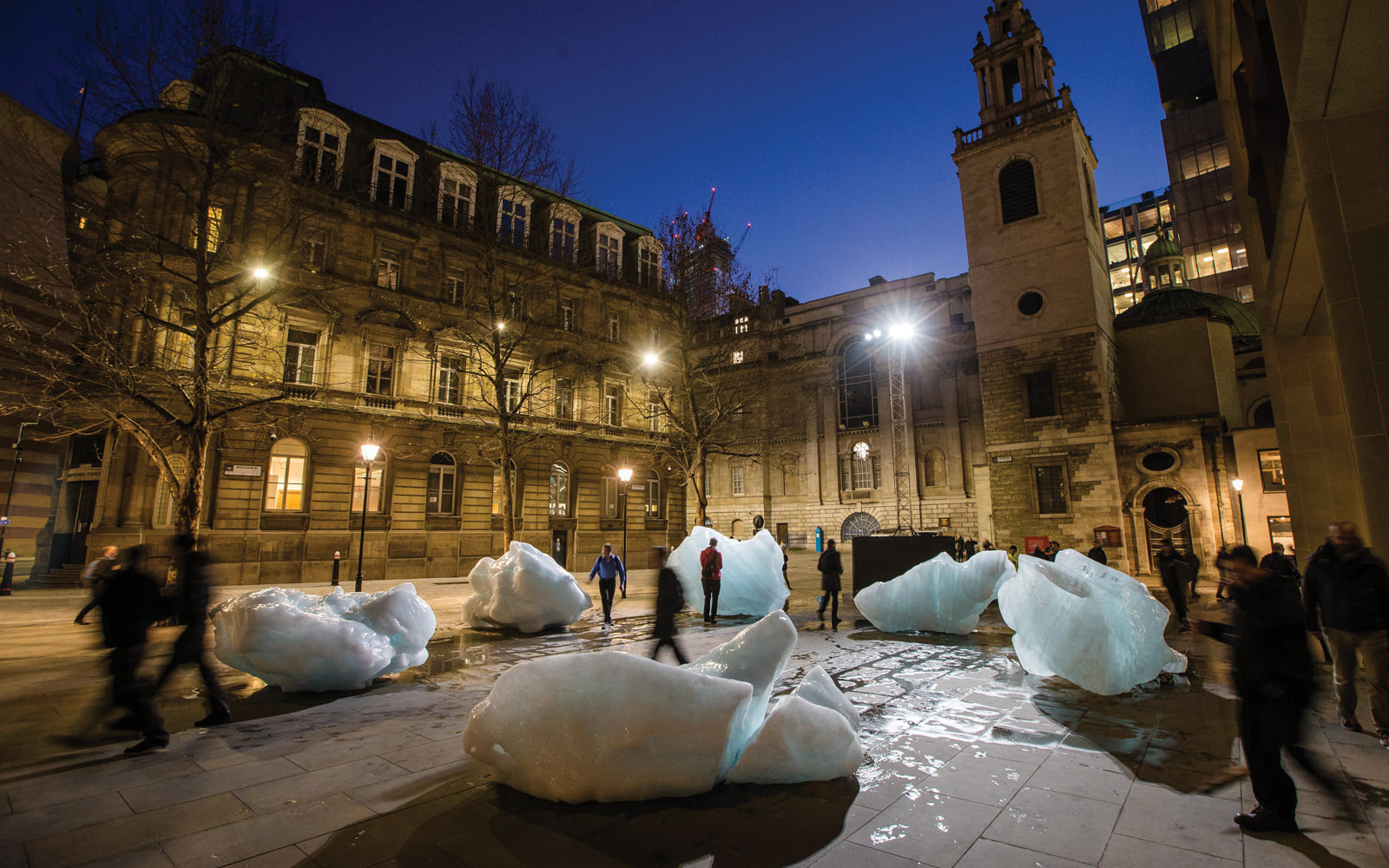 Visitors move through "Ice Watch" outside of Bloomberg L.P.’s European headquarters in London.

“I hope that ‘Ice Watch’ arouses feelings of proximity, presence, and relevance, of narratives that you can identify with and that make us all engage. We must recognize that together we have the power to take individual actions and to push for systemic change.”
Olafur Eliasson
Artist

Ice Watch, a temporary public art installation created by artist Olafur Eliasson and geologist Minik Rosing and supported by Bloomberg Philanthropies, opened  in two locations in London in December 2018. Eliasson and Rosing harvested blocks of ice from Greenland that had been melting into the ocean. These blocks were arranged in two circles, one outside of Bloomberg L.P.’s European headquarters and one outside of Tate Modern, where viewers saw the effects of climate change firsthand as the ice melted away. This installation was similar to an artwork, also by Eliasson and Rosing, installed in Paris in 2015 during the Paris climate talks. 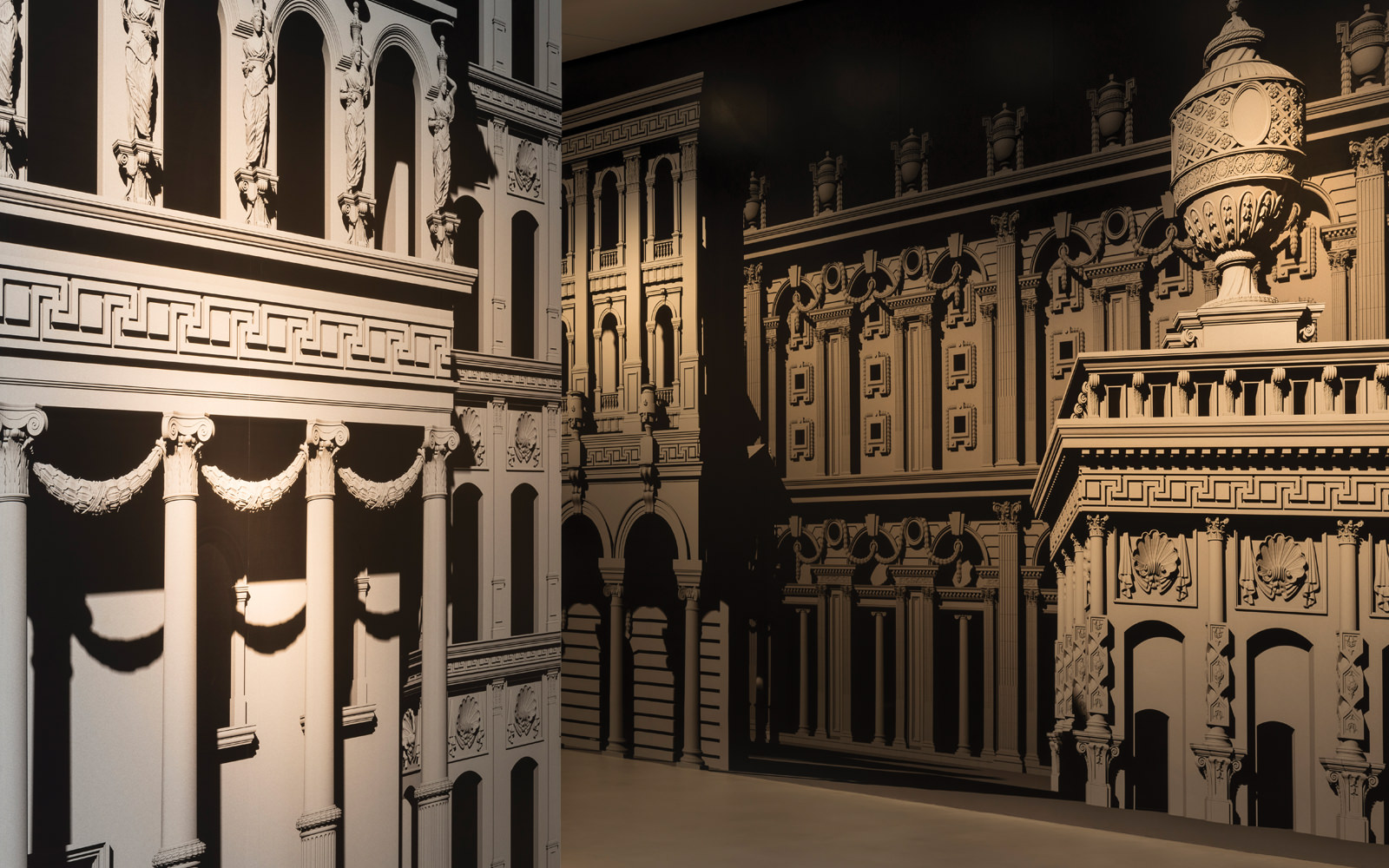 More than 160,000 people have visited London Mithraeum Bloomberg SPACE since it opened in November 2017

Bloomberg L.P.’s award-winning European headquarters in London is located on one of the U.K.’s most significant archaeological sites and includes an ancient temple dedicated to the Roman god Mithras. First discovered in 1954 and unveiled to the public with much fanfare, the temple was moved to a nearby location to make way for a post-war office building. As part of the development of the Bloomberg London office, the temple was rebuilt close to its original site.

While preparing the building site for construction, archaeologists unearthed more than 400 fragments of ancient Roman writing tablets. The collection is the largest and earliest of its kind in Britain and includes the first known reference to London, the city’s first known financial document, and the earliest handwritten document in Britain.

As the steward of the ancient site and its artifacts, Bloomberg created a cultural space that offers the public a new way to experience this historic landmark: London Mithraeum Bloomberg SPACE.

Free and open to the public, it showcases the ancient temple, a selection of Roman artifacts found during the recent excavation, and a series of contemporary art commissions inspired by the archaeology of the site, including Isabel Nolan’s Another View from Nowhen and Pablo Bronstein’s London in its Original Splendour. Since it opened in November 2017, more than 160,000 people have visited. In 2018, it was recognized as one of the World’s 100 Greatest Places by Time magazine.

In addition, Bloomberg’s European headquarters includes exciting new artworks inside and outside of the building, reflecting a belief that art fuels collaboration and innovation in the workplace – and building on a long-standing commitment to expanding access to the arts. The Bloomberg building also highlights the company’s commitment to the future of the planet, having received the highest BREEAM sustainability rating for office design of any commercial building in the world. In 2018, the Norman Foster-designed building was awarded the Stirling Prize, the most prestigious architectural prize in the United Kingdom. 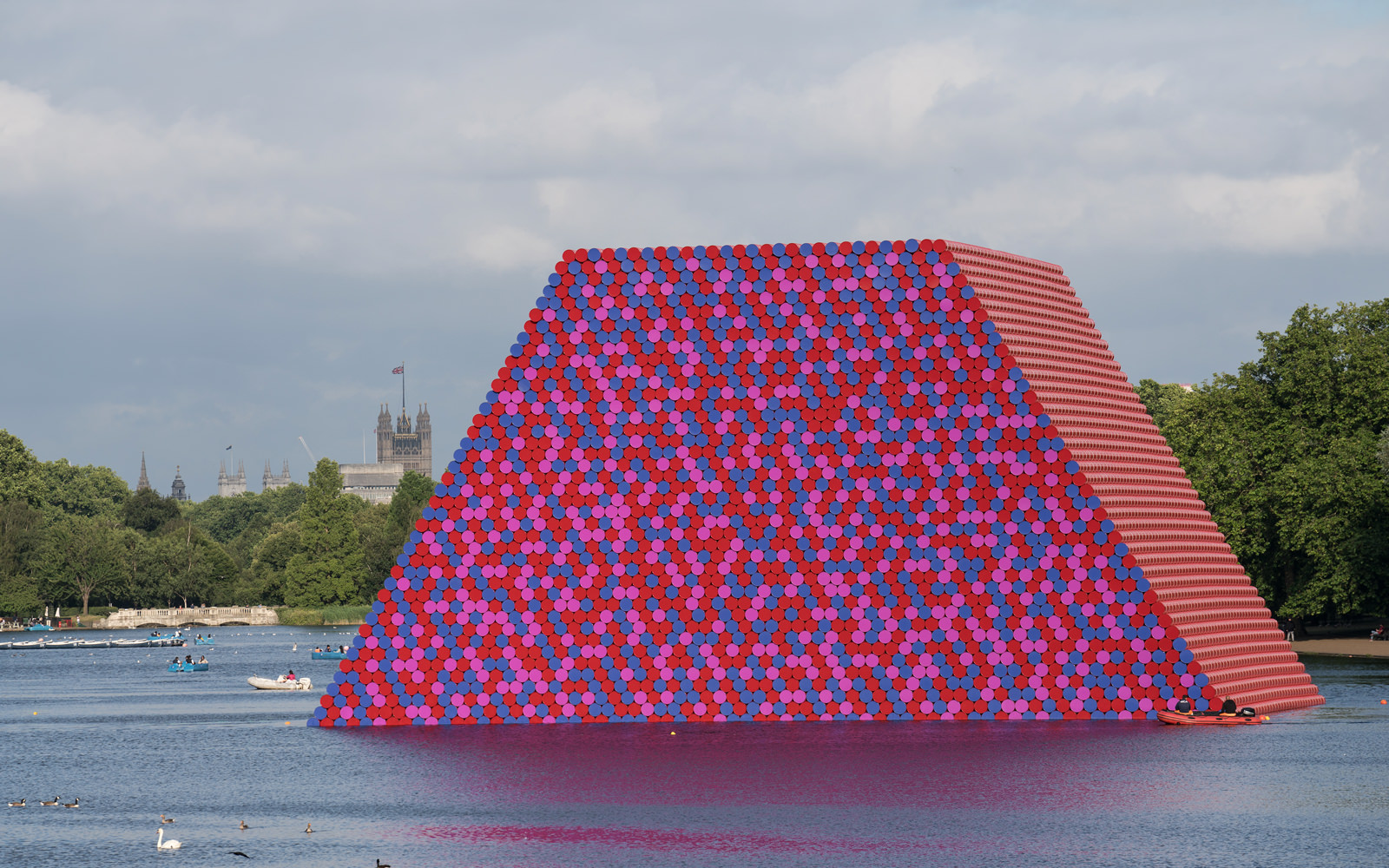 Since 2014, Mike Bloomberg has served as the chairman of the Serpentine Galleries in London. Located in historic Kensington Gardens, the Serpentine is consistently among the city’s most popular cultural institutions, with more than a million visitors a year.

The Serpentine champions new ideas and hosts rotating exhibits that highlight the work of some of the world’s most exciting contemporary artists, architects, and designers.

In 2018, the Serpentine Galleries presented a major exhibition of Christo and Jeanne-Claude, known for their ambitious sculptural works that intervene in landscapes around the world and temporarily alter both the physical form and visual appearances of the location.