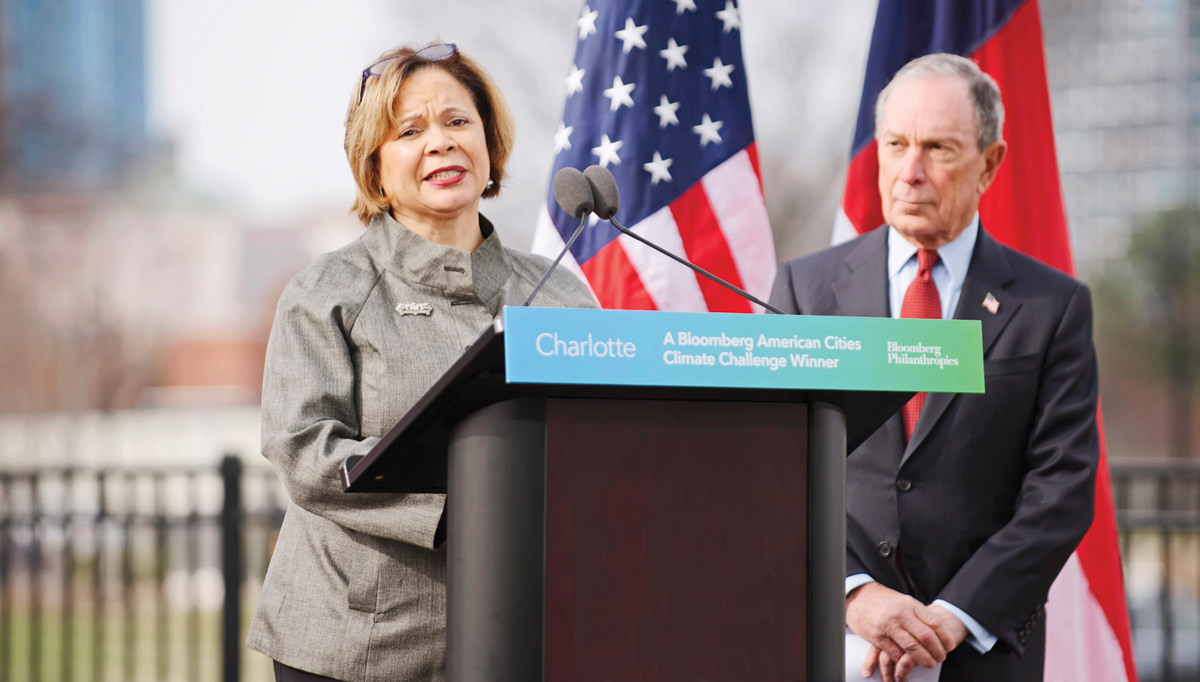 Mayor Vi Lyles of Charlotte, North Carolina, and Mike Bloomberg announcing that the city was selected as one of the 25 American Cities Climate Challenge winners.

Mike has always valued flexibility in business and government to respond to new challenges and opportunities as they arise. Bloomberg Philanthropies follows the same approach.

In 2018, after the Trump Administration reneged on the U.S. funding commitment to the United Nations’ governing body on climate change, Mike stepped in to make up the difference. His pledge, now $10 million through 2018 and 2019, builds on Bloomberg Philanthropies’ existing efforts to rally states, cities, businesses, and universities through the America’s Pledge coalition, reaffirming Americans’ commitment to the goals set under the Paris Agreement.

To help ensure continued U.S. progress on climate change, Bloomberg Philanthropies created the American Cities Climate Challenge on June 1st, 2018, exactly one year after President Trump announced his intention to withdraw the country from the Paris Agreement. The initiative works with major U.S. cities to develop more ambitious climate action plans and cut their carbon emissions from buildings and transportation.

With support through the initiative, cities from Philadelphia (which is building new solar capacity) to San Diego (which has revised parking regulations to encourage public transit use) are leading the U.S. forward in the fight against climate change, even without help from the federal government.