Share
Twitter LinkedIn Facebook Email
The Education program works to ensure that students have the skills they need and the opportunities to succeed in the 21st century. By putting students’ needs first and broadening educational opportunities for youth, whether through a college degree or career and technical training, Bloomberg Philanthropies focuses on giving more students a chance to fulfill their potential.

“Education is the key to truly fulfilling the promise of America as a land of opportunity for all.”
Mike Bloomberg 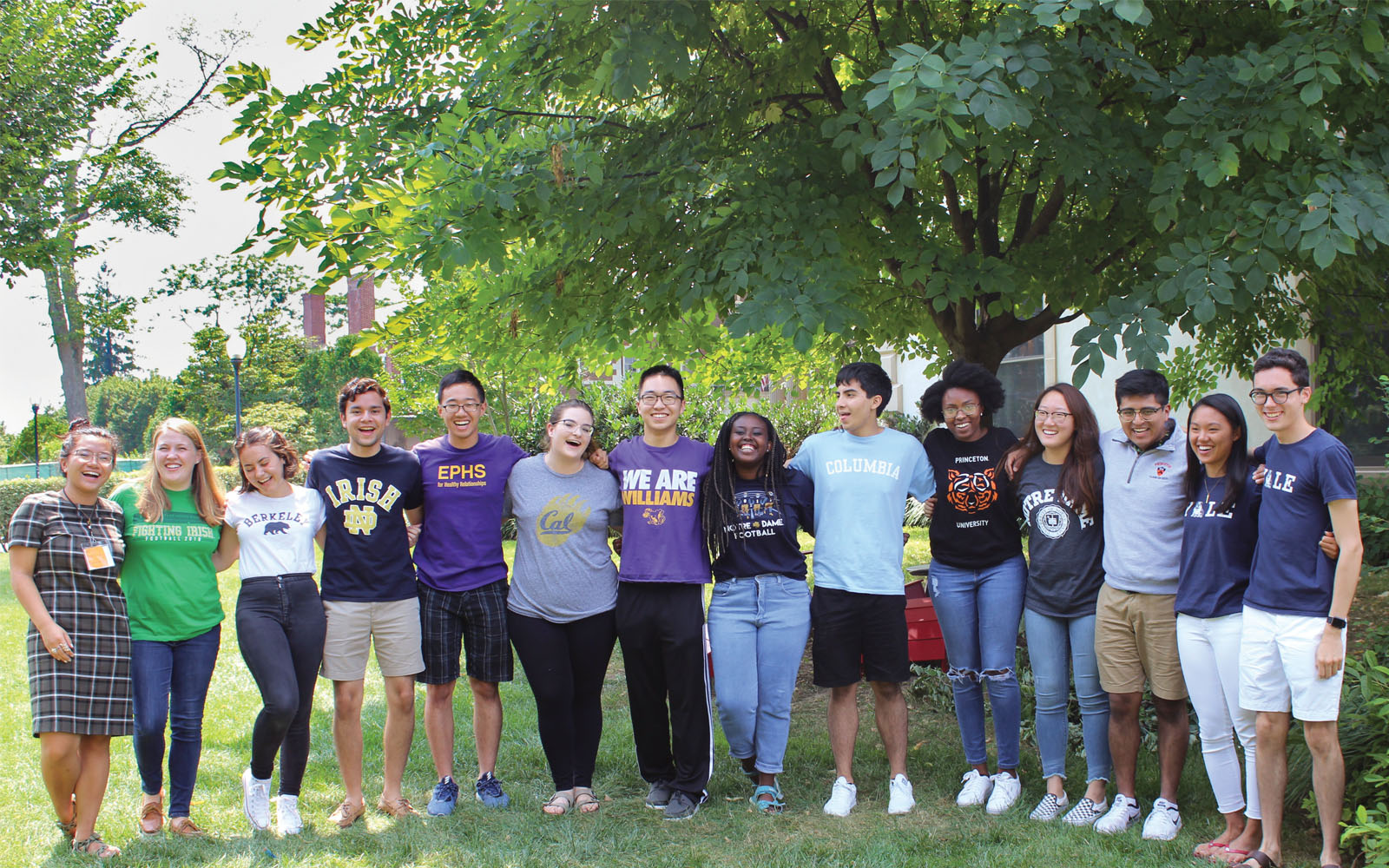 CollegePoint advisors from colleges and universities across the country come together at Princeton University to develop their advising skills. Credit: Matriculate

$1.8 Billion for College Financial Aid and the Transformation of a University 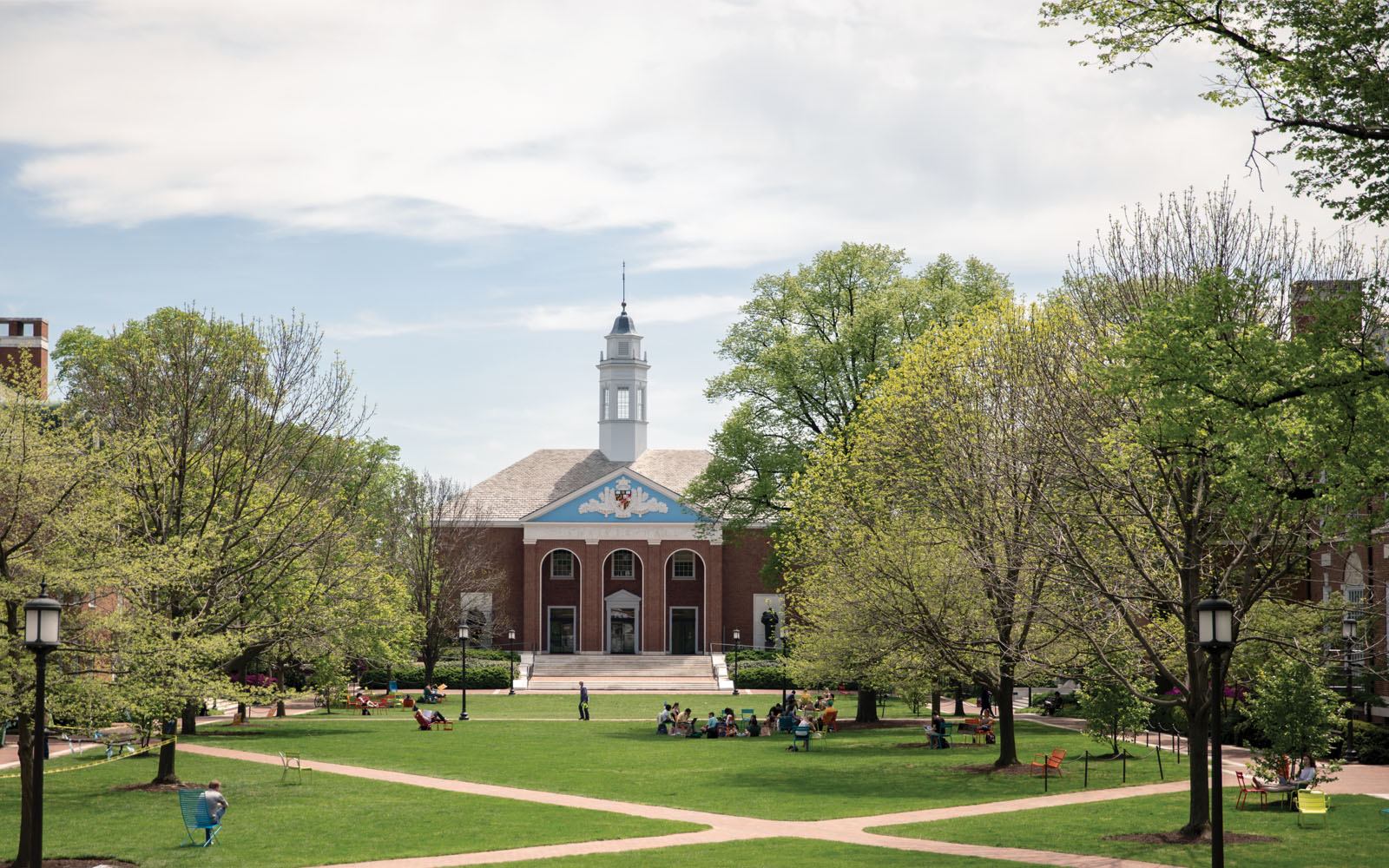 The year he graduated, Mike Bloomberg donated $5 to Johns Hopkins University. Ever since, he has demonstrated a special commitment to his alma mater, serving as chair of the Board of Trustees and supporting efforts throughout the university, including major capital projects, endowed professorships, and undergraduate need-based scholarships.

Such an unprecedented gift represents far more than Mike’s gratitude to the school that provided him an opportunity. It reflects the important role that colleges and universities play in supporting equal opportunity throughout society, a role that is also supported through Bloomberg Philanthropies’ broader efforts to increase the number of lower-income students at top colleges. This new commitment to Johns Hopkins will ease the burden of debt for graduates and will make the campus more socioeconomically diverse. It reflects Mike’s deep belief that private philanthropy, coupled with commitments by the federal government and state governments, can help more young people rise based on merit, no matter where they come from. 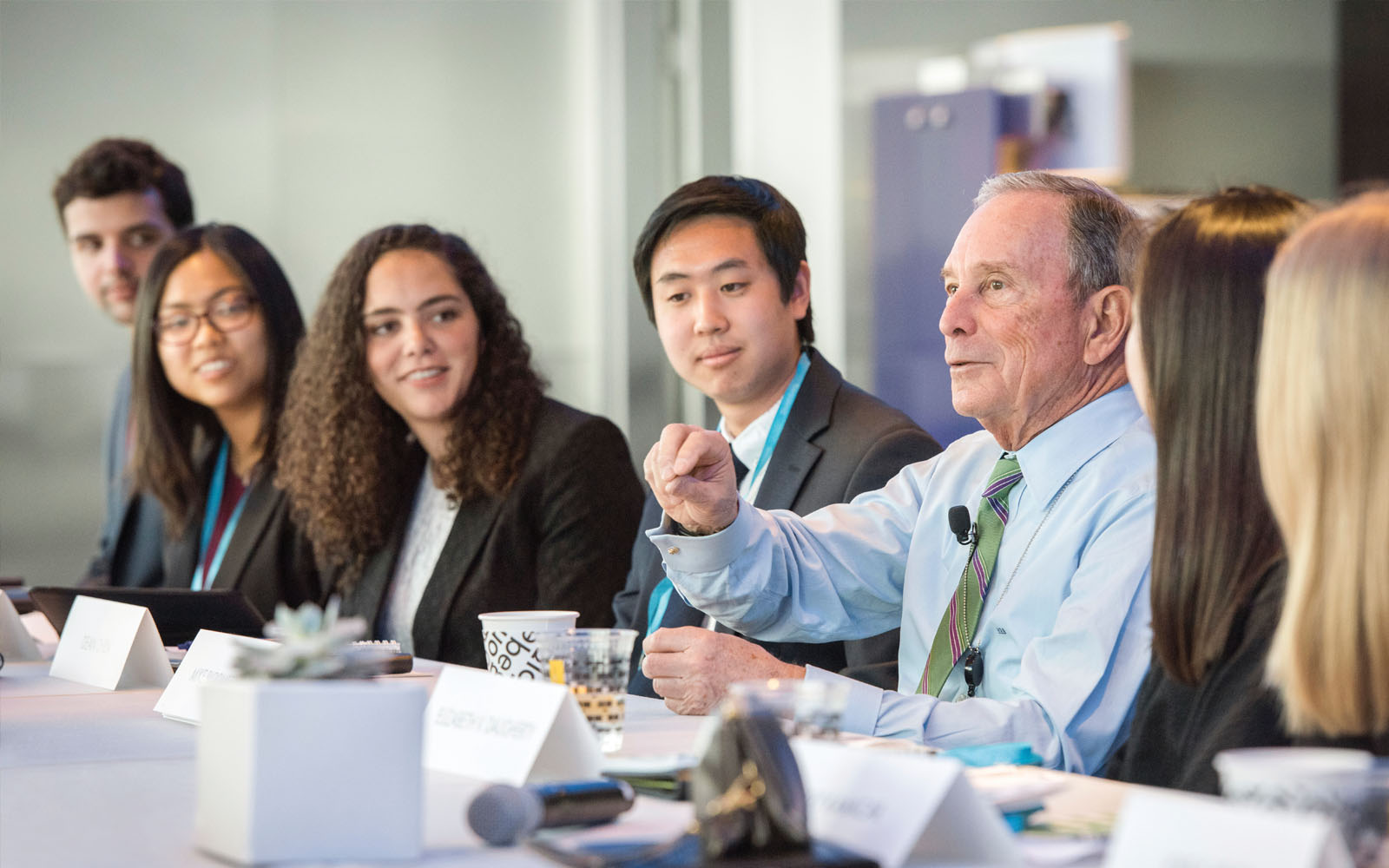 Mike‘s latest gift builds on his commitment to scholarship funding at the university through the Bloomberg Scholars Program and beyond. Established in 1999, nearly 1,300 top undergraduates have received highly competitive, need-based scholarships. In total, he has supported more than 4,000 undergraduate and graduate students at Johns Hopkins.

“I was the first in my family to go to college and had the highest financial need, but the Bloomberg Scholarship meant my impossible dream could become a reality. Now, my goal is to become a research professor and promote access to graduate education for disenfranchised groups – opening up other people’s paths the way this scholarship did for me.”
Lucas Shores
Johns Hopkins Bloomberg Scholar ’15
Current Biomedical Engineering PhD Candidate
Duke University 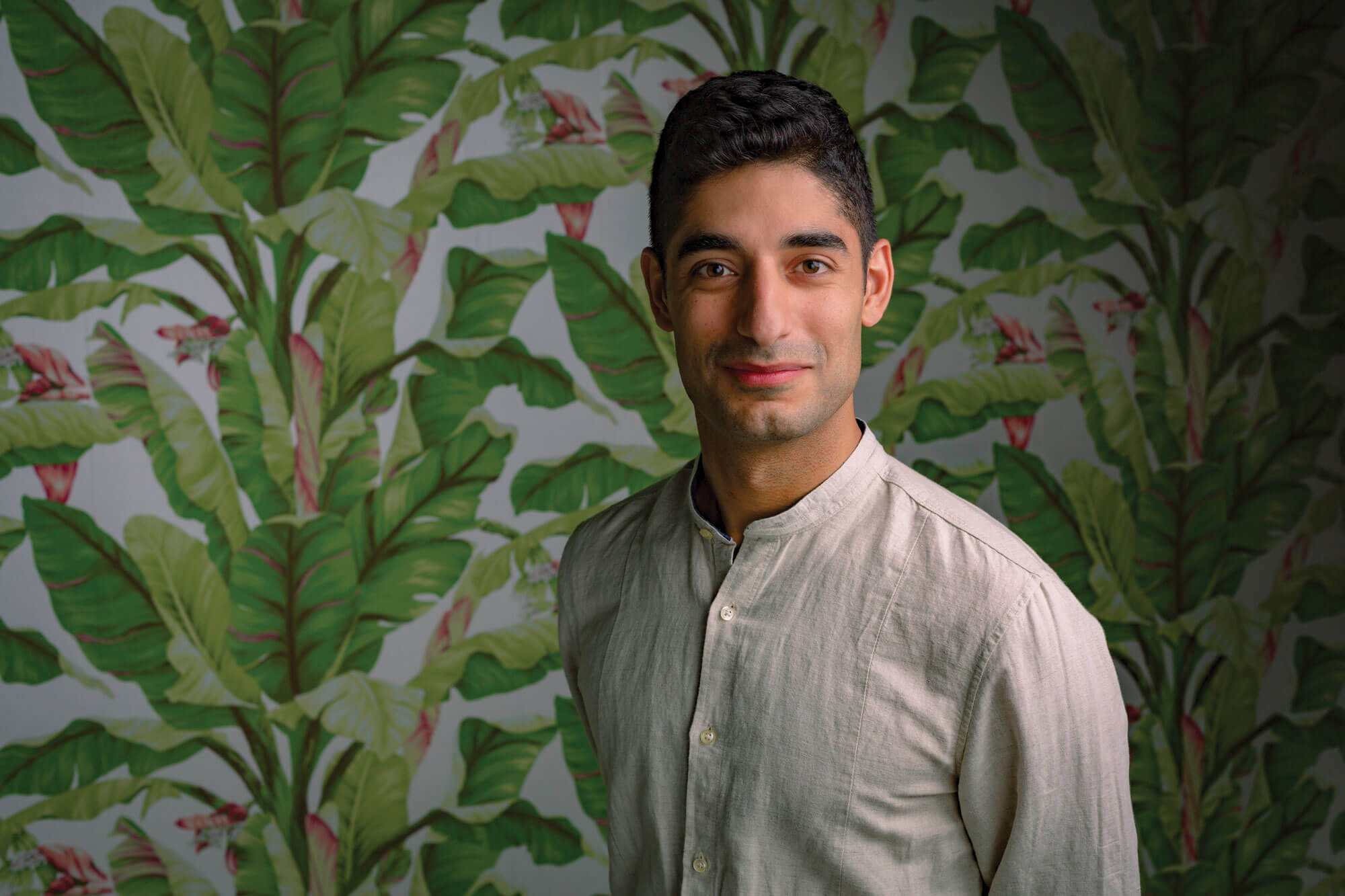 “The Bloomberg Scholarship means the world to me. I came to Johns Hopkins ready to make the most of my college experience, and when I look back at my time there, I see someone being his best self.”

After studying public health, Mohammad won a prestigious scholarship and earned his master’s degree in Ireland, then moved to California to help launch start-ups. Eventually, seeking to stand up against religious intolerance, he began hosting interfaith dinners and started a business to prepare foods that meet Islamic and Jewish dietary laws. He has since become a resident at TED’s incubator for breakthrough ideas.

“This great adventure could not have happened without the Bloomberg Scholarship supporting my time at Johns Hopkins.” 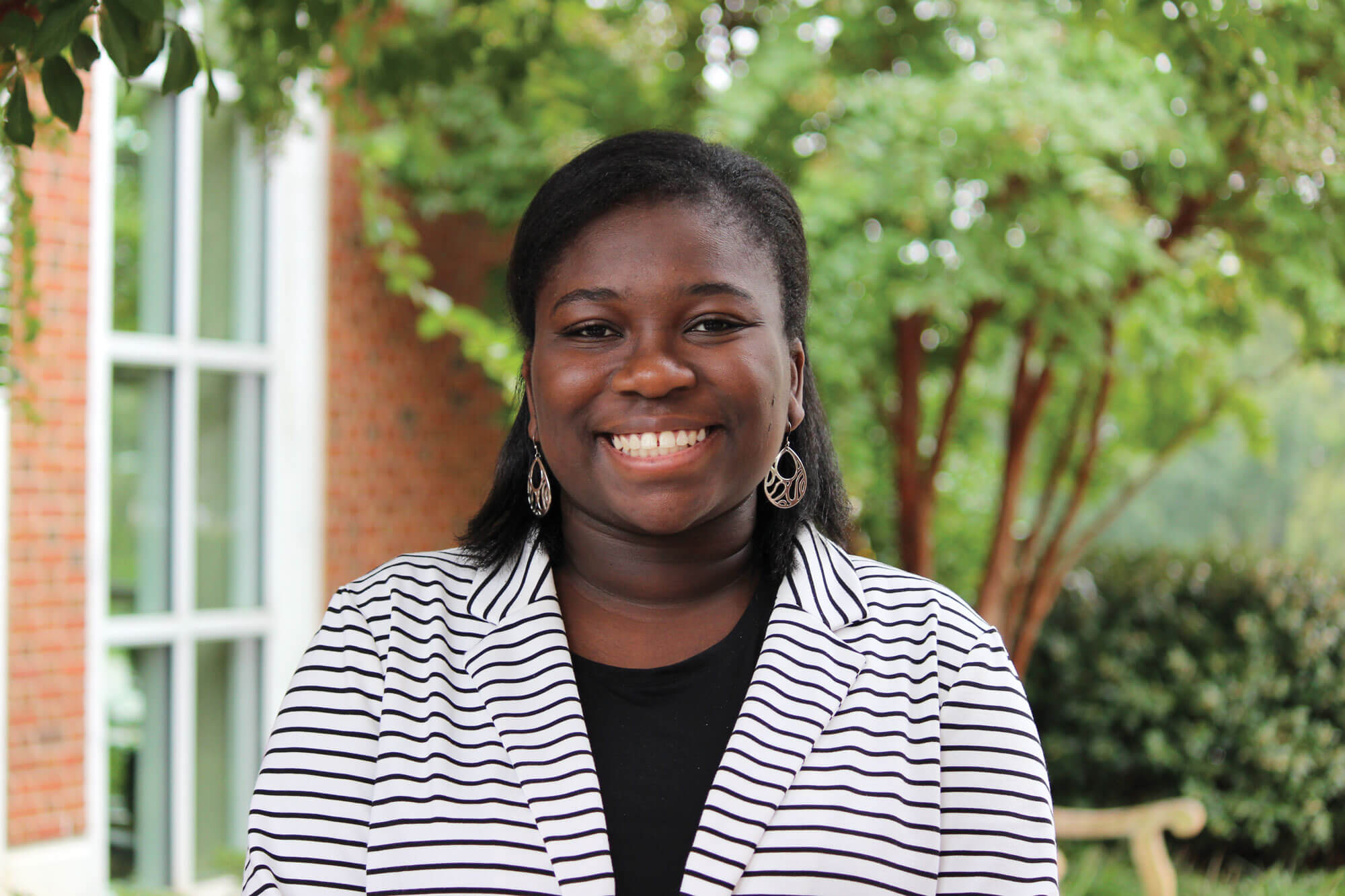 “The Bloomberg Scholarship let me be free to try new things, take risks, and explore what I really want to pursue. It was instrumental in shaping my experience.”

At Johns Hopkins, Damali dove into a wide range of studies across medicine and engineering. She joined Technology Ventures, a center that helps Hopkins researchers launch their inventions into the commercial world, and MedHacks, a competition that drives interdisciplinary teams to solve health care problems. She is passionate about using medical technology to improve lives and plans to help businesses grow their innovations and reach more people.

“The Bloomberg Scholarship gave me, and so many other students, access to an experience that only Hopkins could provide. I can’t imagine going to any other school.” 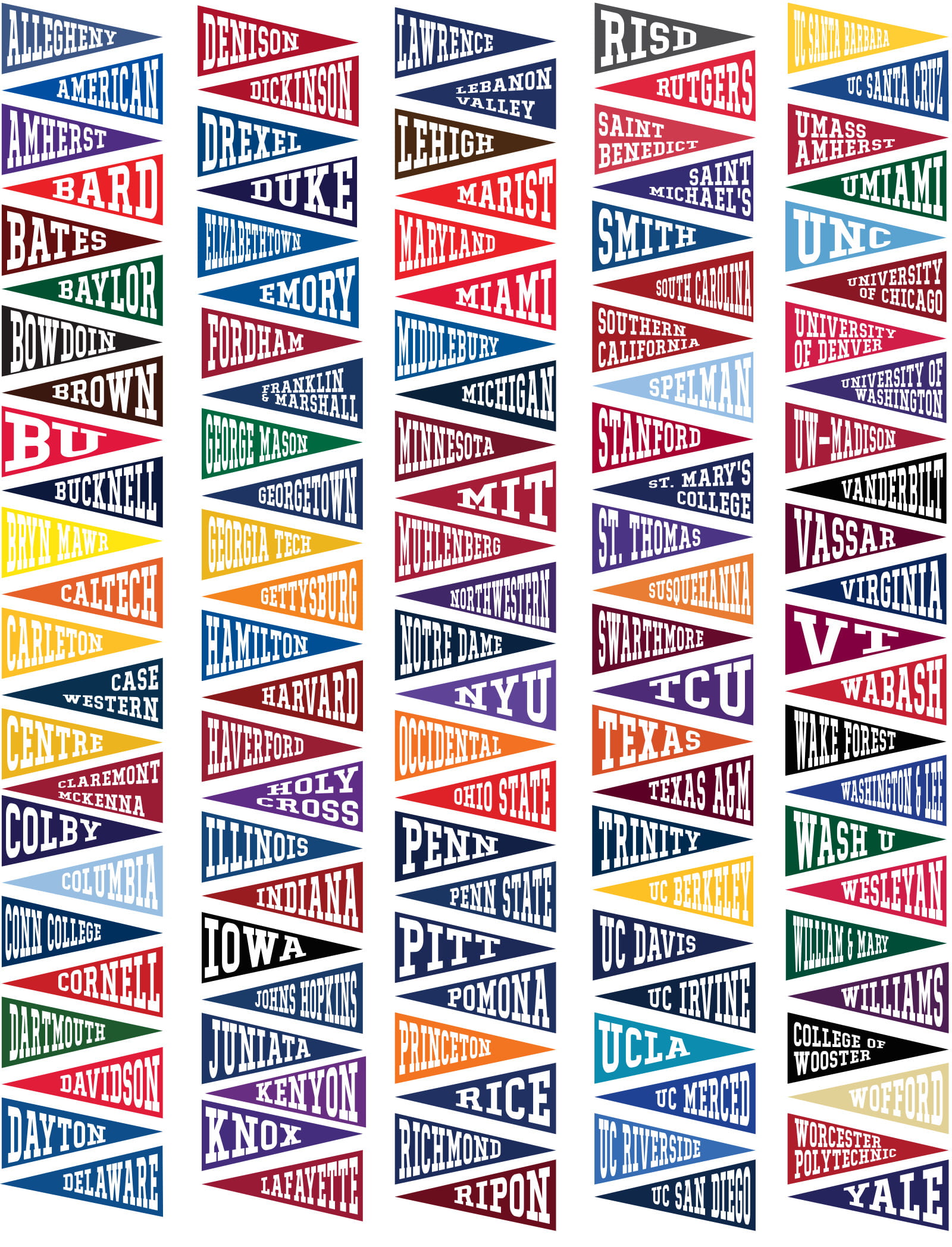 The American Talent Initiative is a coalition of top colleges and universities with strong graduation rates that seek to recruit, enroll, and graduate 50,000 additional talented, lower-income students by 2025. This effort is a Bloomberg Philanthropies-supported collaboration between the Aspen Institute and Ithaka S+R.

To date, 120 colleges and universities, including state flagship universities, small liberal arts colleges, and the entire Ivy League, have joined the American Talent Initiative. In just two years, member schools have collectively enrolled nearly 7,300 additional lower-income students. The initiative empowers schools to work together and share effective strategies for expanding college access and opportunity to even more talented students across the country.

Princeton has enrolled nearly 500 additional Pell students since 2012-13, increasing the share of Princeton students who receive Pell Grants from 12 percent to 21 percent.

Listen to learn about the power of uniting schools in their mission to execute a “talent strategy.” 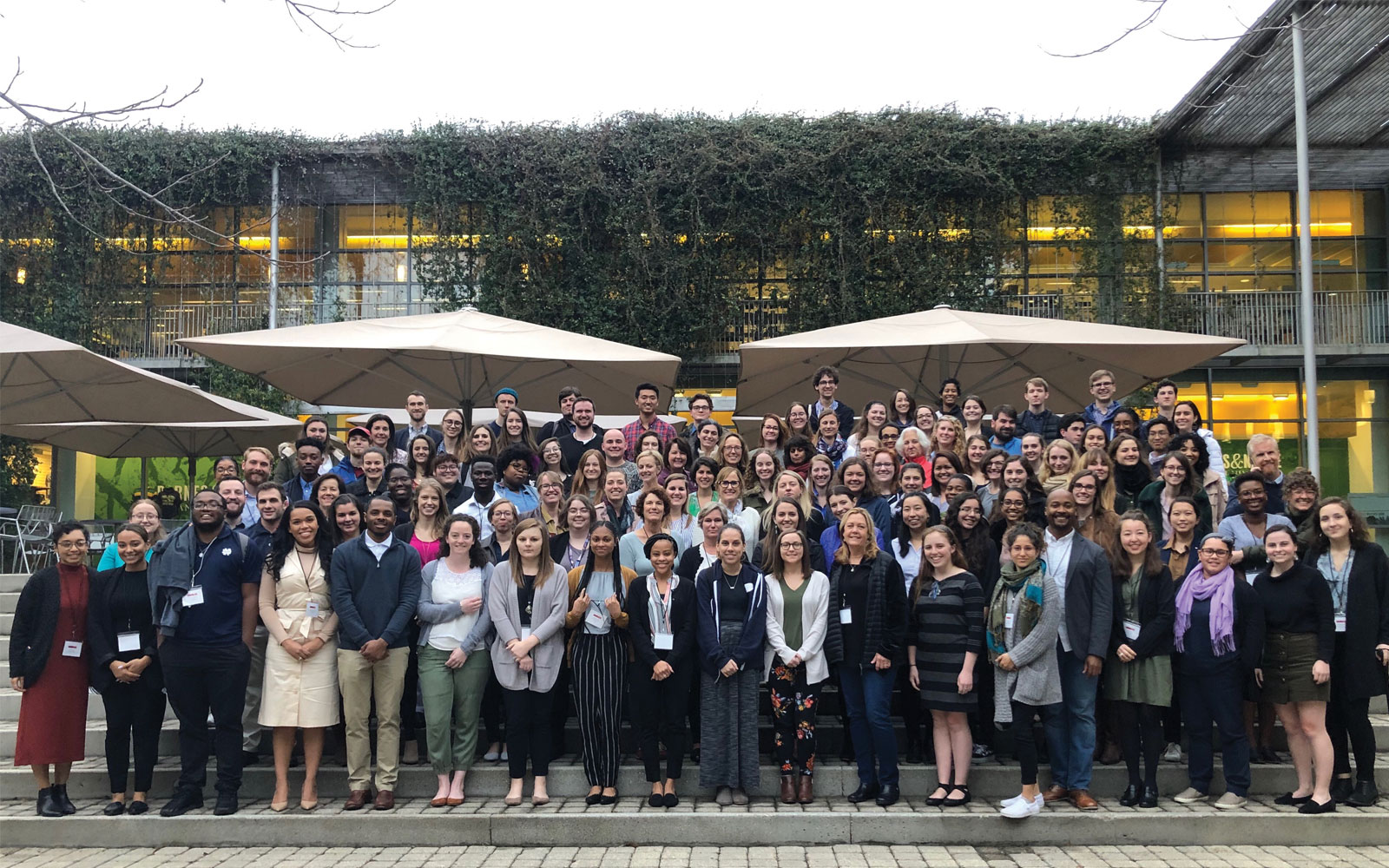 CollegePoint advisors gather at Tulane University to learn how to better guide prospective students through the financial aid application process and the transition to college.

When CollegePoint started in 2014, more than 50 percent of high-achieving students from lower-income families did not apply to selective colleges or universities. The reason: Students often lack access to the right information and guidance to help them complete the complex application process.

More than 53,000 students
advised by CollegePoint since 2014

CollegePoint, with the expertise of partners like the College Board and ACT, seeks to broaden opportunity by increasing the number of high-achieving, lower-income students who apply to and enroll in the top 290 selective U.S. colleges and universities.

The program provides students with free college advice through phone calls, text messages, and emails, including admissions guidance and help navigating applications for financial aid. CollegePoint has especially benefited first-generation students who sign up for the program in their junior year.

Watch: Building a Network of Student Leaders to Ensure College Access and Success

Mike Bloomberg supports education reform throughout the United States. He personally backs pro-reform public officials who work to enact meaningful policy changes that will ensure accountability and high standards in schools. This work is grounded in the belief that the solutions required to improve education need broad coalitions that put students’ interests first.

To measure progress, this work focuses on increasing high school graduation and college enrollment rates as well as improving academic achievement. The work has been focused in states like Tennessee and Louisiana, cities like Washington, D.C., and Indianapolis, Indiana, and other communities across the country.

Bloomberg Philanthropies invests in efforts across the country to improve skills- and jobs-based training in high schools. By participating in innovative apprenticeship programs and industry-specific skills training in high school, students are gaining greater access to middle- and high-skilled 21st-century jobs.

Central to this approach are partnerships among local industries, schools, and post-secondary institutions, which create opportunities for students to develop skills that will lead to careers with many opportunities. These promising models are backed by strong local leadership and support from a variety of industries, leading the way for other cities to adopt proven strategies.

For example, through locally led programs in Denver and New Orleans, hundreds of students have completed internships or apprenticeships in fields such as insurance, information technology, and advanced manufacturing. Building on those efforts, new programs in Baltimore and Delaware have begun working with local employers to train high school students and assist recent graduates in gaining skills and credentials for jobs, including in computer coding and medical office and research work. 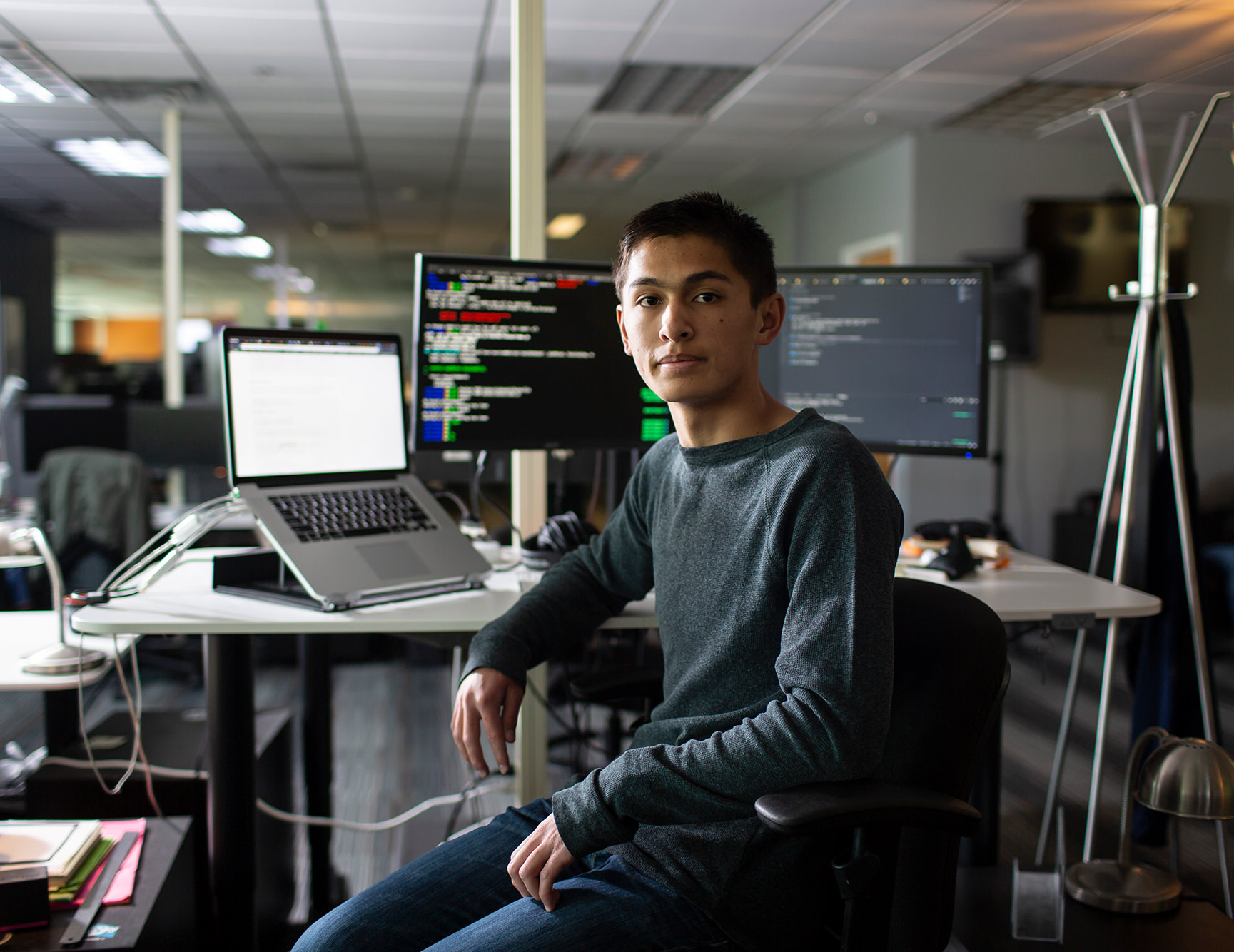